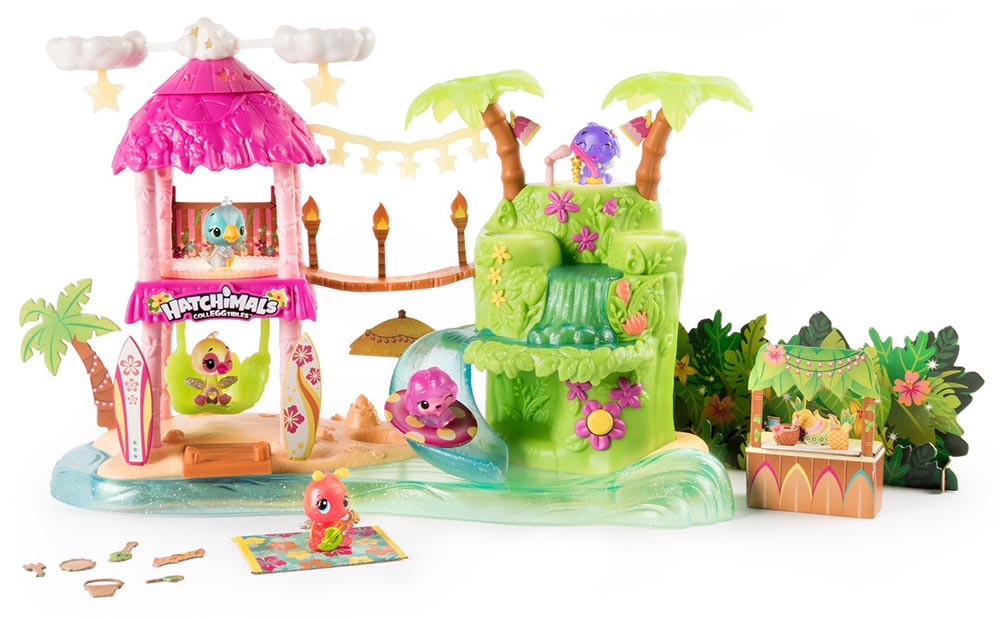 Currently there are 5 seasons of CollEGGtibles:

Each Hatchimal has glittery wings and belongs to a unique family. Based on the colored speckled egg you can tell which family your Hatchimal belongs to before they hatch.  It’s a surprise. You never know who you’ll hatch! Hatchimals CollEGGtibles — Hatch a Whole World! 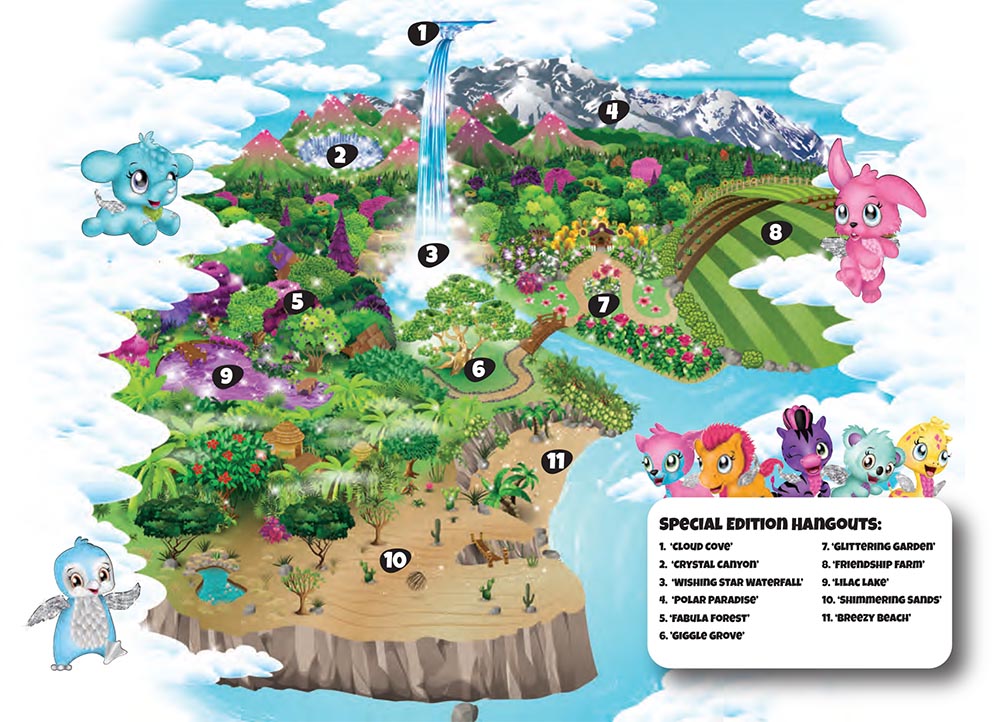 Spin Master is answering the question that many kids have been asking: Where do Hatchimals come from?

Each Hatchimals Colleggtibles comes from one of the following locations on the Hatchtopia map.

Polar Paradise is the chiliest place in Hatchtopia. It’s high in the mountains, and has the best views of the sea and beyond.

Glittering Garden is made up of incredible, over-sized flower nests that glitter and sparkle.  There are Bluebells that ring, Sunflowers that shine (even at night), and more!

The Hatchimals love to gather at Friendship Farm.  They fly from all over Hatchtopia for the chance to make new friends!

Located in Fabula Forest, the Lilac Lake is pretty magical.  When Hatchimals swim in its beautiful waters, they actually turn purple! 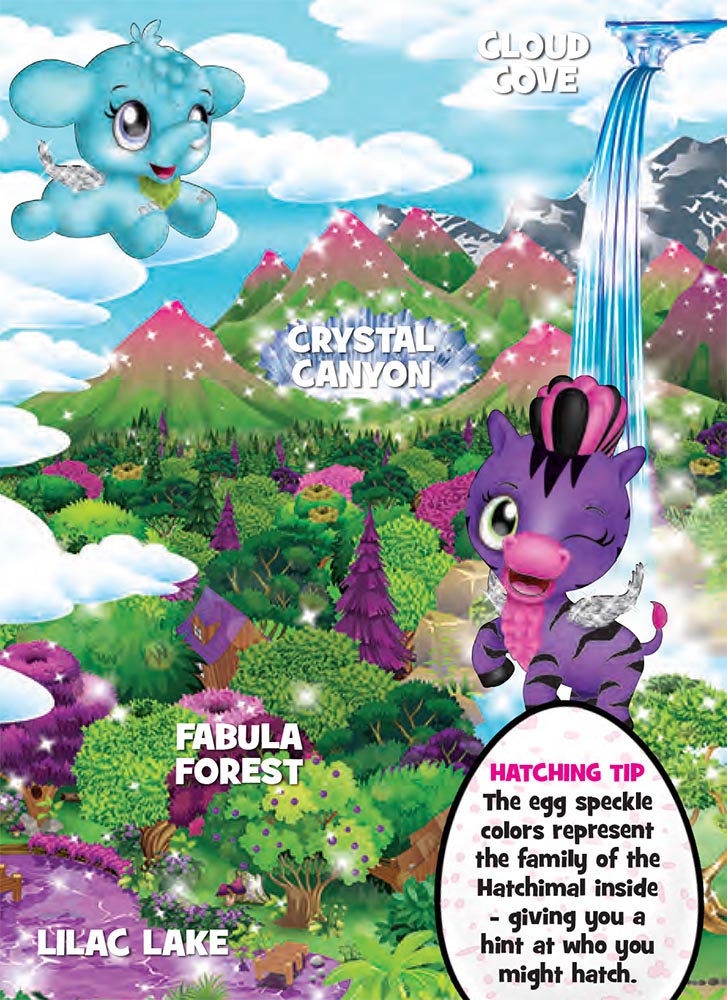