Create a collection that shows off your own unique style! Explore the collections, including the newest Littlest Pet Shop Black and White Style pets. Black and white with bright pops of colour! So many pets to choose from — you can collect them all! 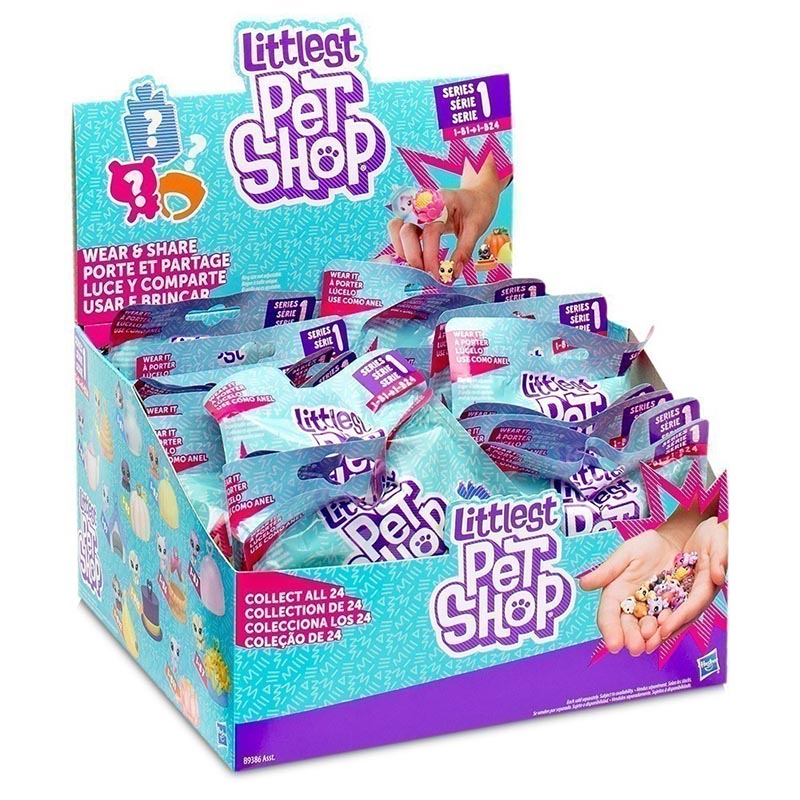 The Littlest Pet Shop Series 1 toy line have molds that look cartoon-like, have realistic colors and could be blended in. They have bobble-heads (except for the fish) and they come with a round pink magnet with a paw pressed on it which is located on their paws (2004-2005 versions).

Some pets series 1 pet are fuzzy. Later ones (2006) have a smaller blue magnet with no paw which didn’t have a specified location on the bottom. The series of sets were released as Single Packages, Pet Pairs, Portable Pets, 20-packs, and with playsets. The Littlest Pet Shop “numbers” for the Series 1 includes #1–#456.