The Grossery Gang can be found in Cheap Town, a once bustling urban metropolis BUT ever since the mega motorway to Sales City was built there hasn’t been a single customer in this now run down town! Don’t feel bad though, SOMETHING has been left behind…take a peek inside the Yucky Mart and you might just catch The Grossery Gang hanging out in the vile aisles! This crusty crew of putrid products have hit their expiration dates and festered to life to create their own brand of filthy fun! 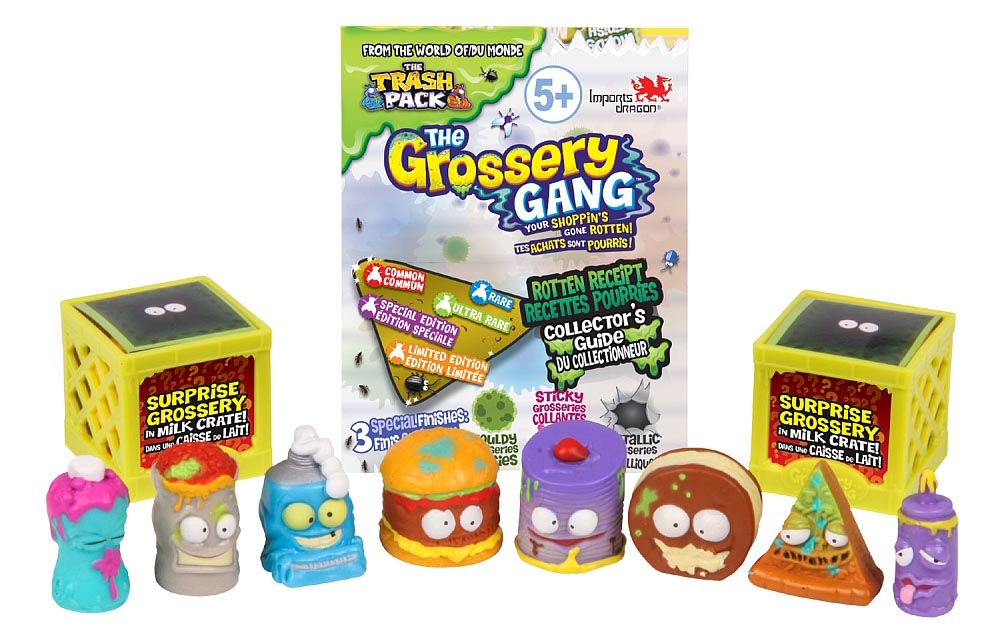 There’s over 150 to find at the Yucky Mart including Putrid Pizza, Dodgey Donut, Shoccoli, Rotten Egg and more! The fun times (and fragrant fumes) never stop when the Grossery Gang’s involved! So come on down to the Yucky Mart to hang with the grossest of gangs – and see if you can collect them all!

Series 1 is the first series of the franchise, which was released on June 19th, 2016, with over 150 different moldy food and other grocery-based characters. The ultra rares are Moldy Veg, the special editions are Sticky Sweets and the limited editions are Trashed Cans. 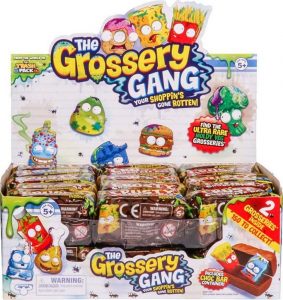