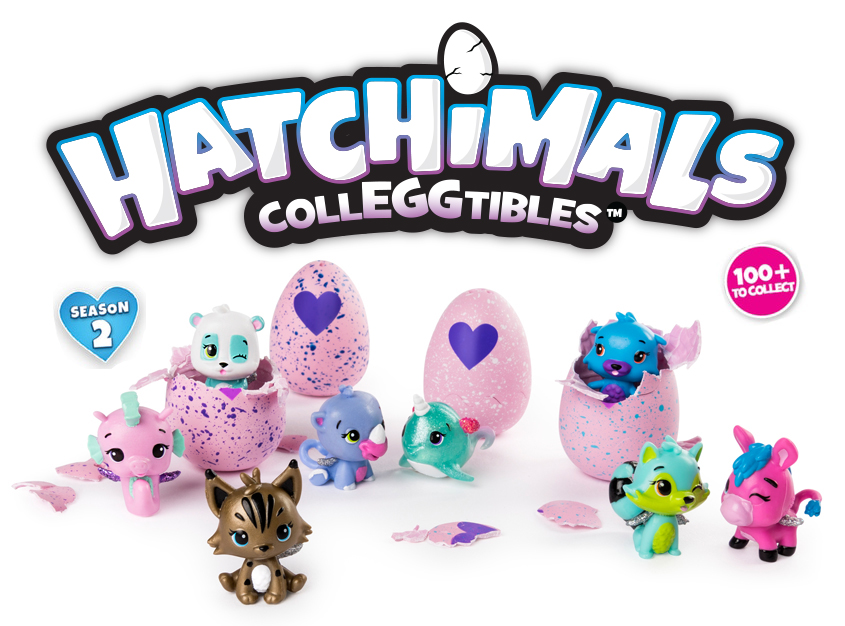 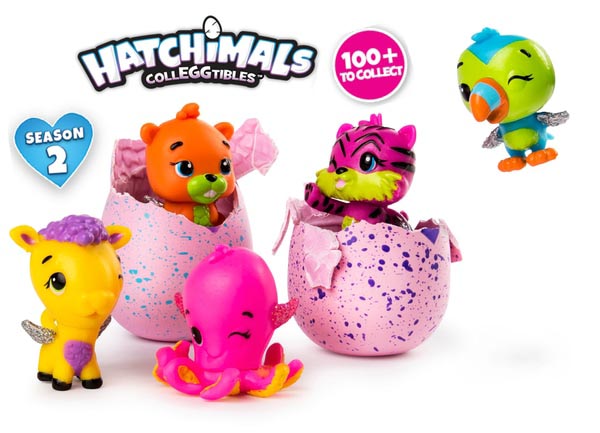 Each Hatchimals Colleggtible needs your help to hatch! Hold the egg in your hands, rub the heart and when it changes from purple to pink, it’s ready to hatch.

Carefully press on the egg to crack it and discover which Hatchimal Colleggtible is inside. Based on the coloured speckled egg you can tell which family your Hatchimal belongs to before they hatch.

There are lots to collect in season 2, even ultra-rare and special edition Hatchimals to find.

Use the collector’s checklist and map to keep track of your collection and discover more about Hatchtopia. 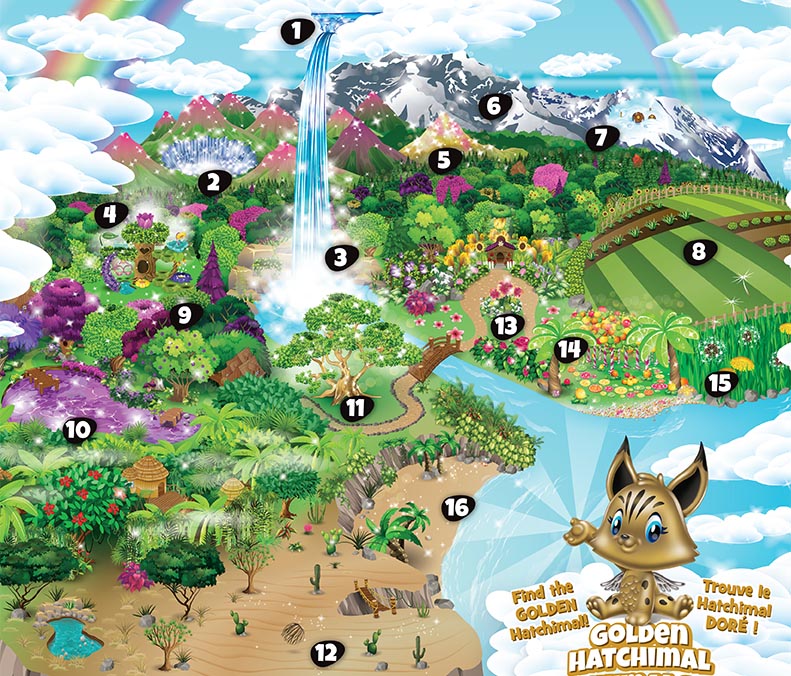 Hatchtopia is growing! In Season Two there are over 100 Hatchimals CollEGGtibles to hatch and care for! From Forest, Farm, Jungle, Garden, River and more, these delightful new friends have sparkly wings and super cute faces! Add them to your collEGGtion and experience all the hatchifun!

Who are the the Colleggtibles? 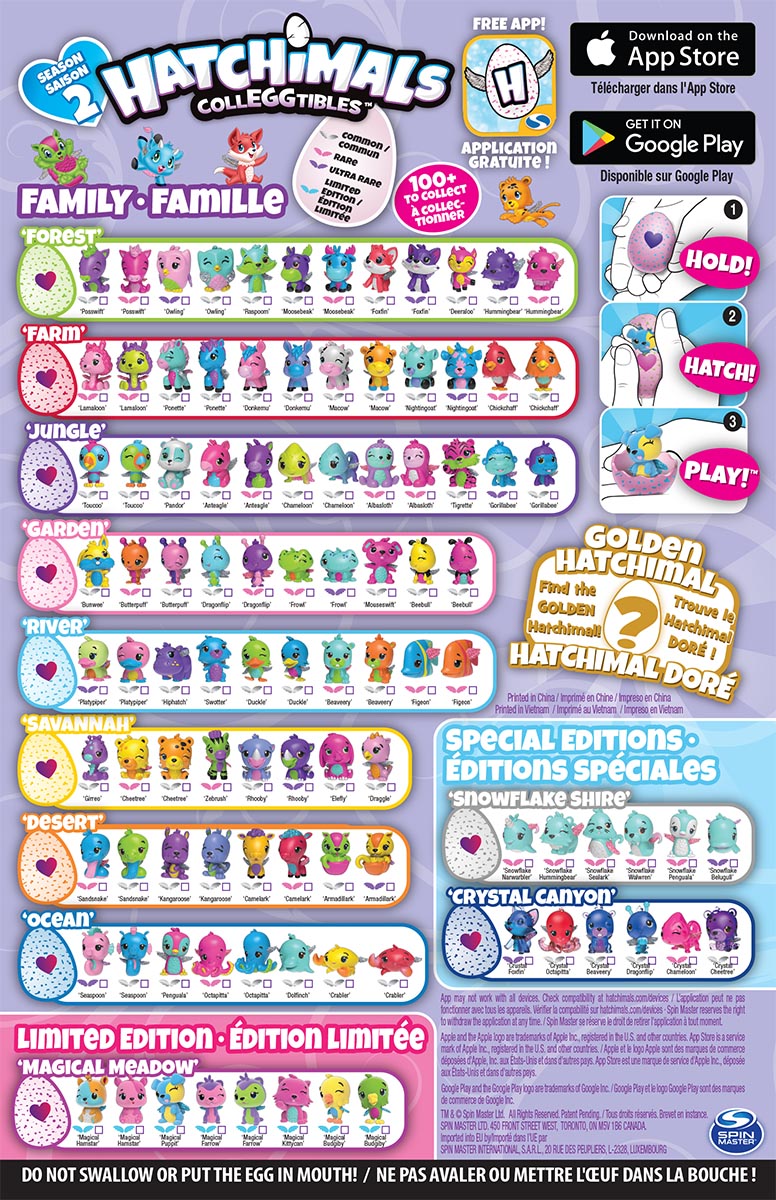 Are any of the 100+ Colleggtibles Season 2 rare?

You bet, there are rare Colleggtibles in each family tree, as well as special and limited edition Colleggtibles!

Also, will you find the Golden Hatchimal? Hidden inside a speckled egg is a mysterious Hatchimal who’s sparkly, golden and very hard to find! Straight from Moonlight Mountain in Hatchtopia, this little guy is a pretty big deal! Search for him in Season Two! 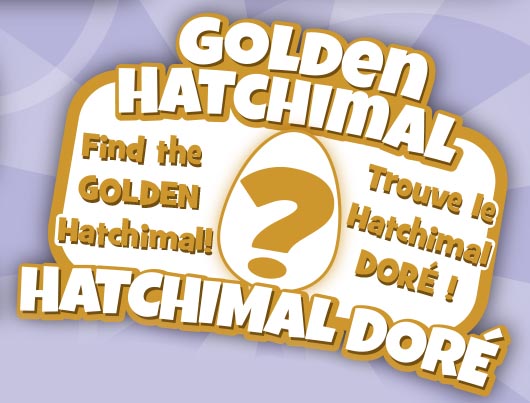 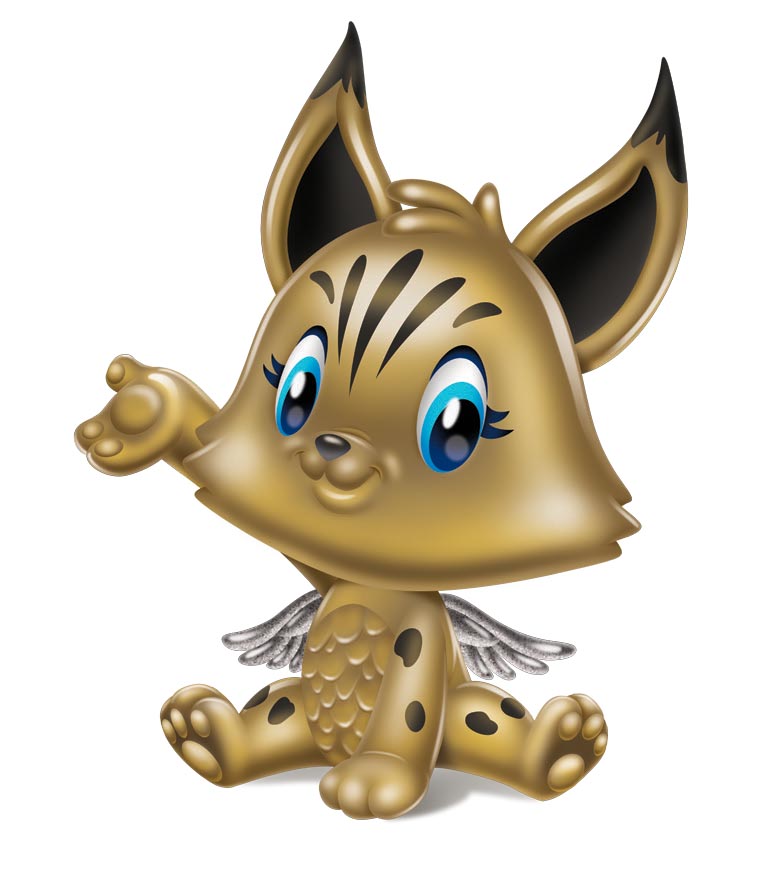 Click here to see the special and limited edition Colleggtibles: 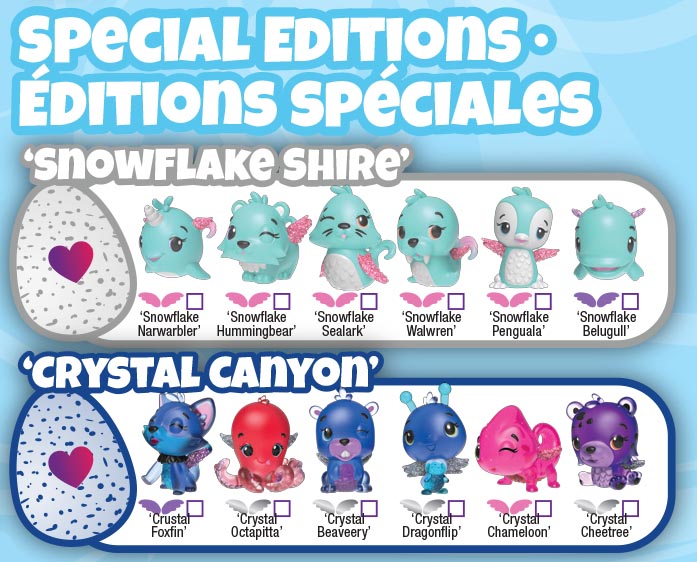