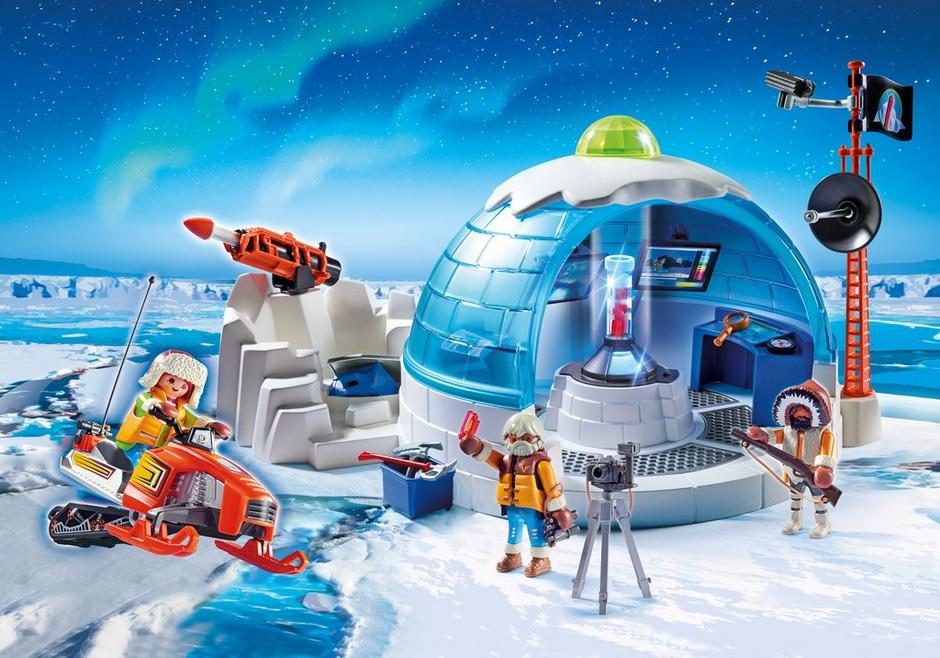 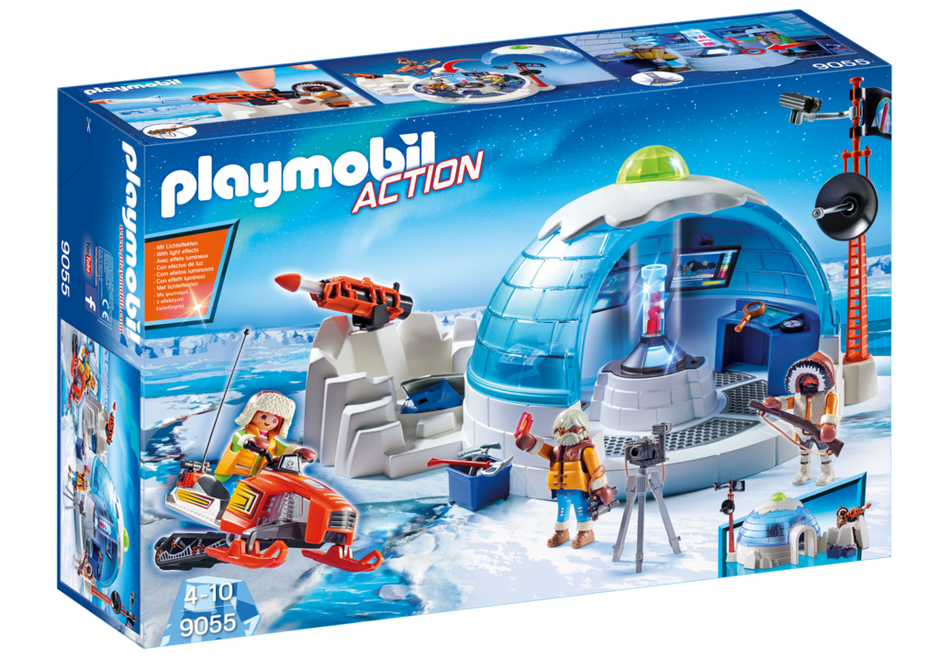 Arctic Expedition Headquarters with giant cannon, snowmobile and cool light effects. The light module requires a 1.5 V micro-battery (not included).
– The ice dome on the headquarters can be removed for playing in the laboratory.
– The research lab inside the igloo is equipped with several lab tables and screens.
– The energy research unit is located in the centre of the laboratory. Bored out ice cores can be mounted and examined here. Cool light effects are created through the combination of the ice cores and energy crystals.
– The dome on the roof of the building absorbs the radiance of the ice cores and also starts to light up.
– The energy research unit is equipped with an auto power-off function.
– The giant cannons are secured on the defensive wall and used to defend against the ice pirates. There is also a secret hiding place for the energy crystals here.
– The lid of the secret hiding place can be lifted using the included axe. 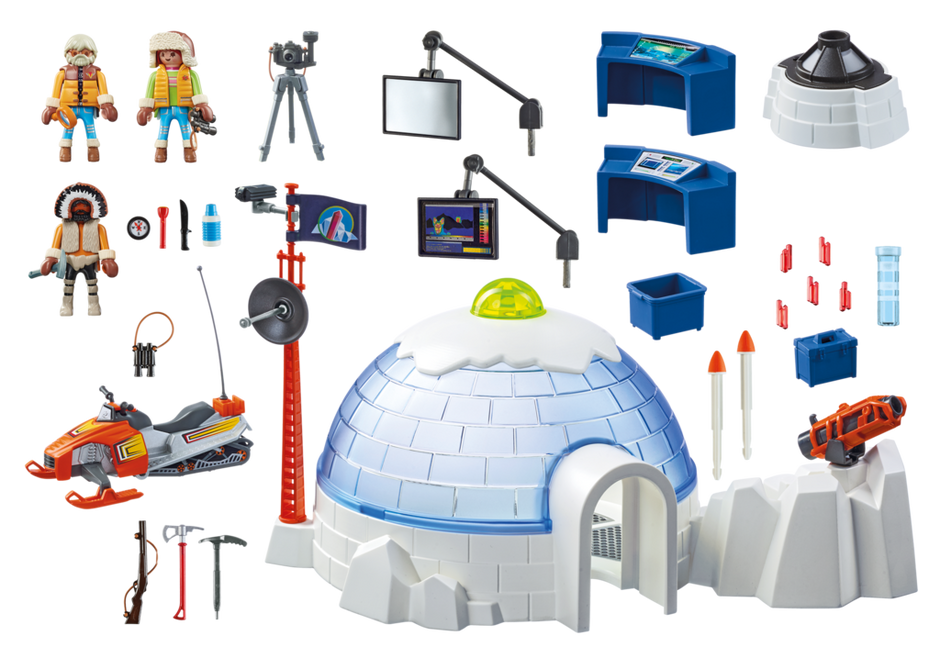 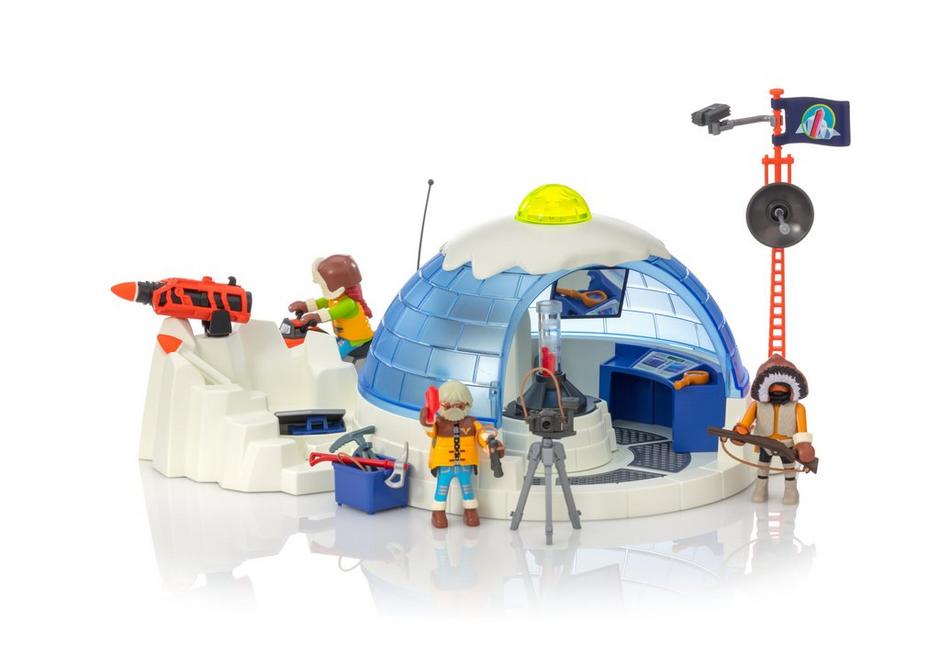 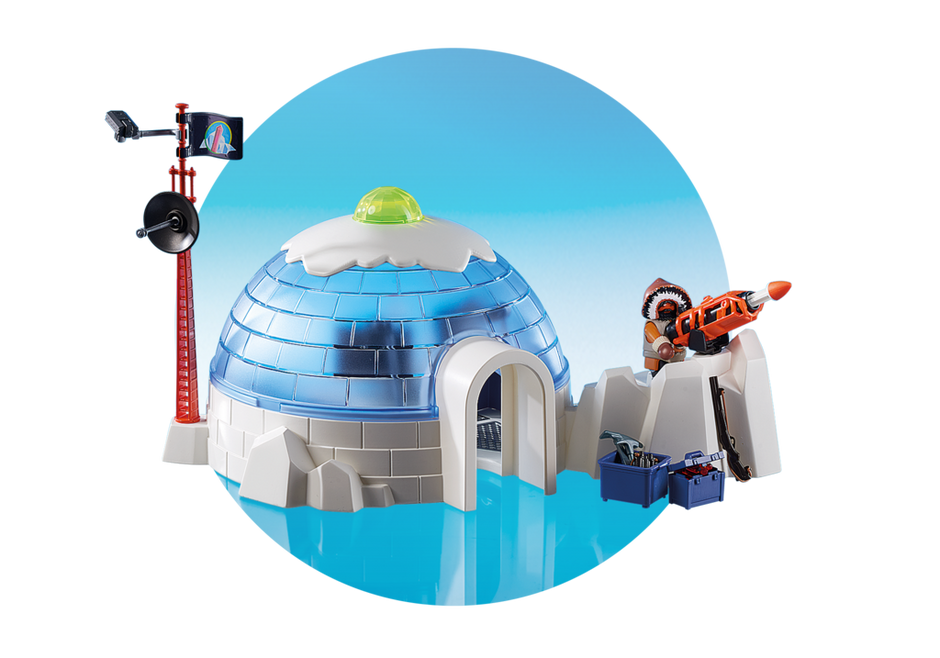 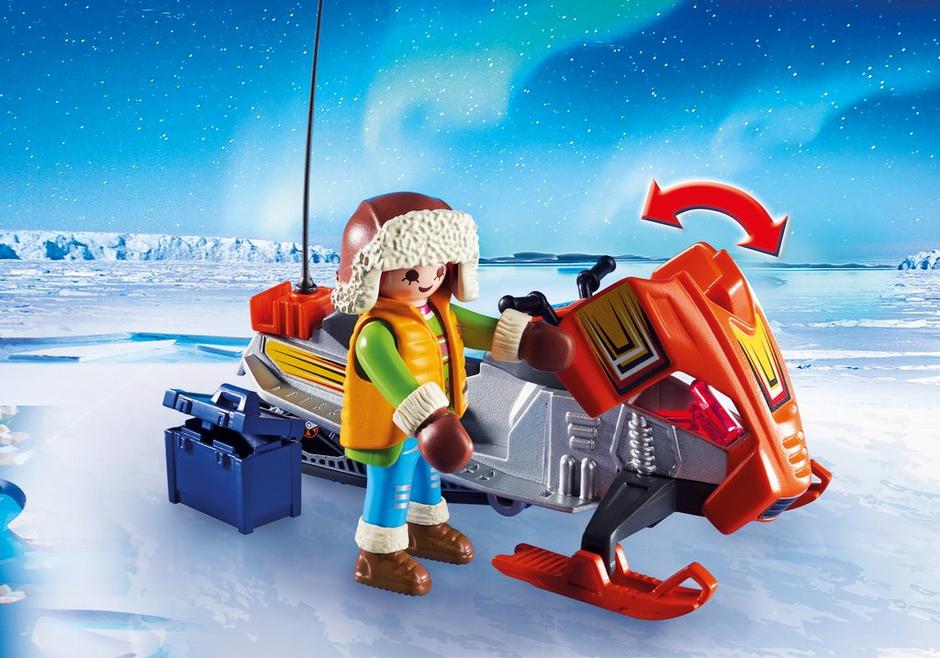 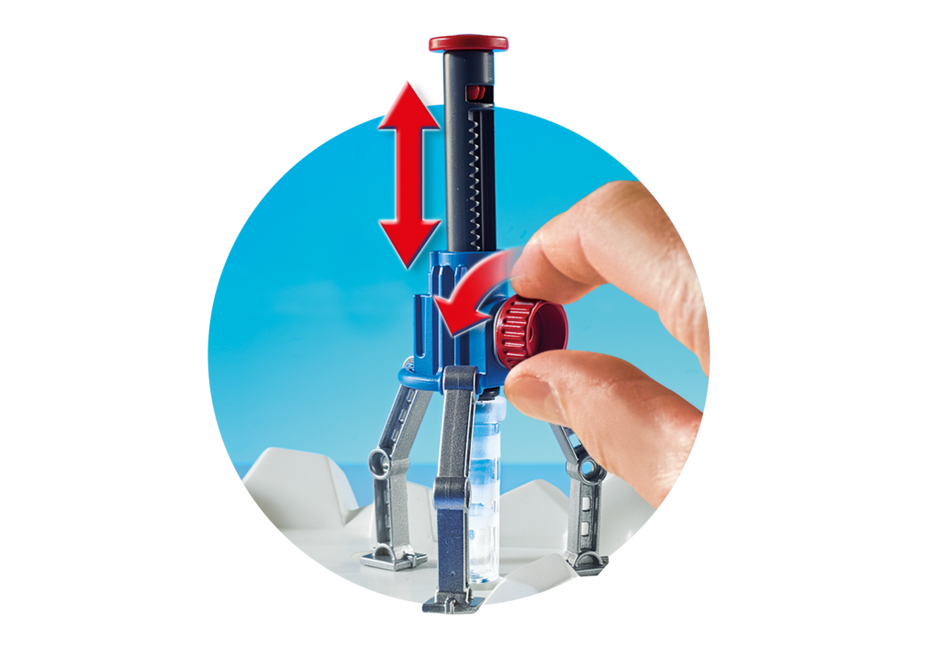 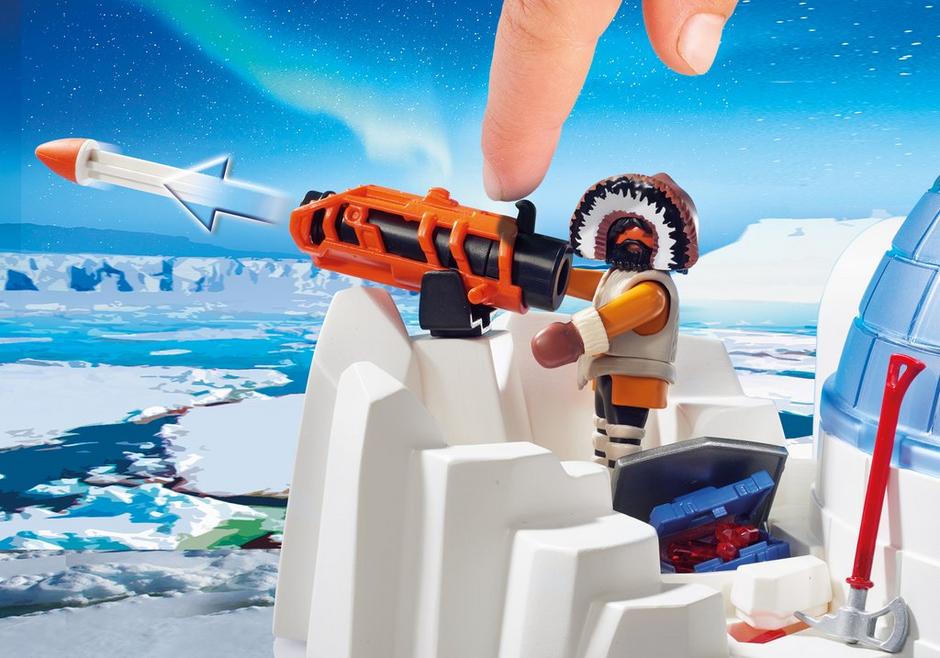 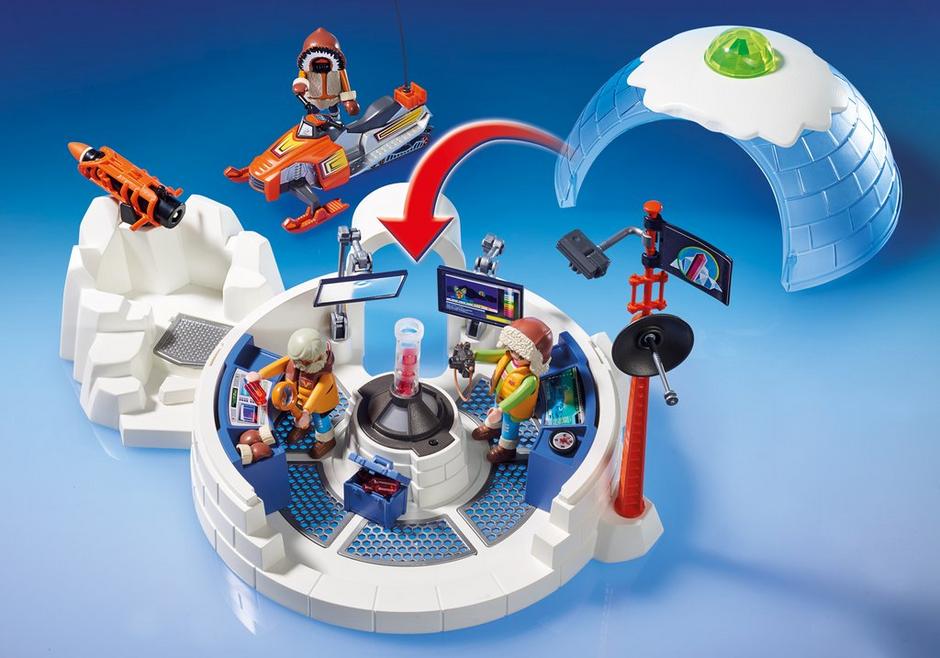 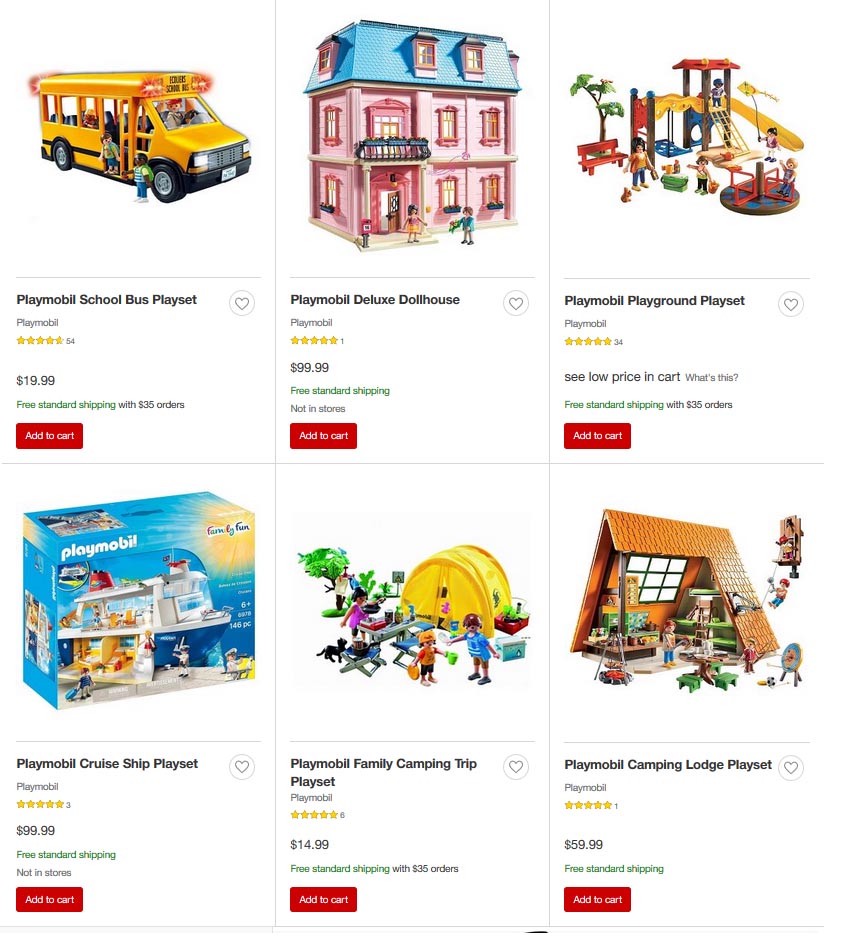