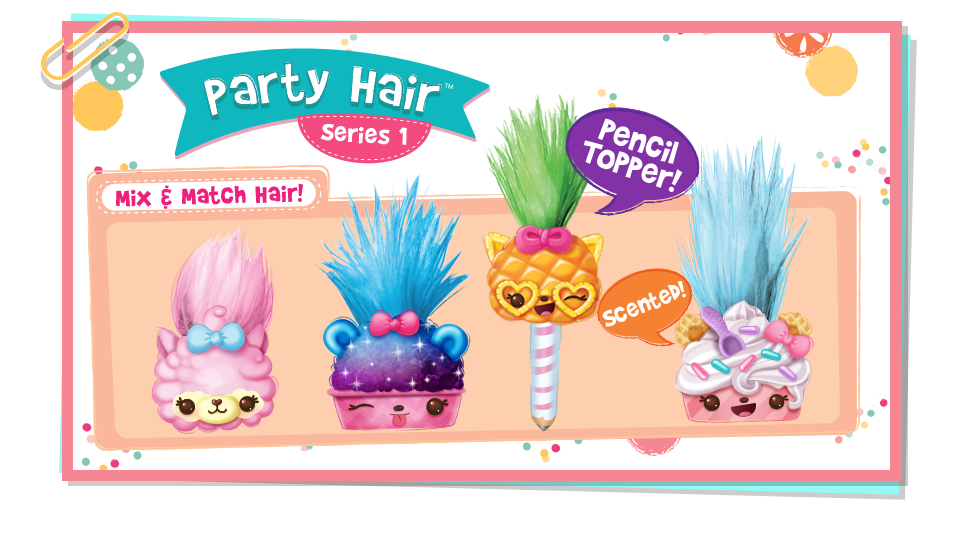 A cupful of cuteness and a spoonful of surprise make Num Noms. To create your own flavor fusion, mix a Num and a Nom. It’s a recipe for mischief with so many wacky combos. Num Noms are the cutest, mini dishes! And they smell SO delicious!

All new Num Noms now with fluffy Party hair! Each pack includes one Num Noms character that comes with one or two tufts of candy-colored hair! It’s so fun to comb and fluff! Hair can be popped in and out to mix and match so many styles. It also doubles as a pencil topper! And of course, they smell so delicious! Collect all the new characters and fun hair with Num Noms Party Hair! 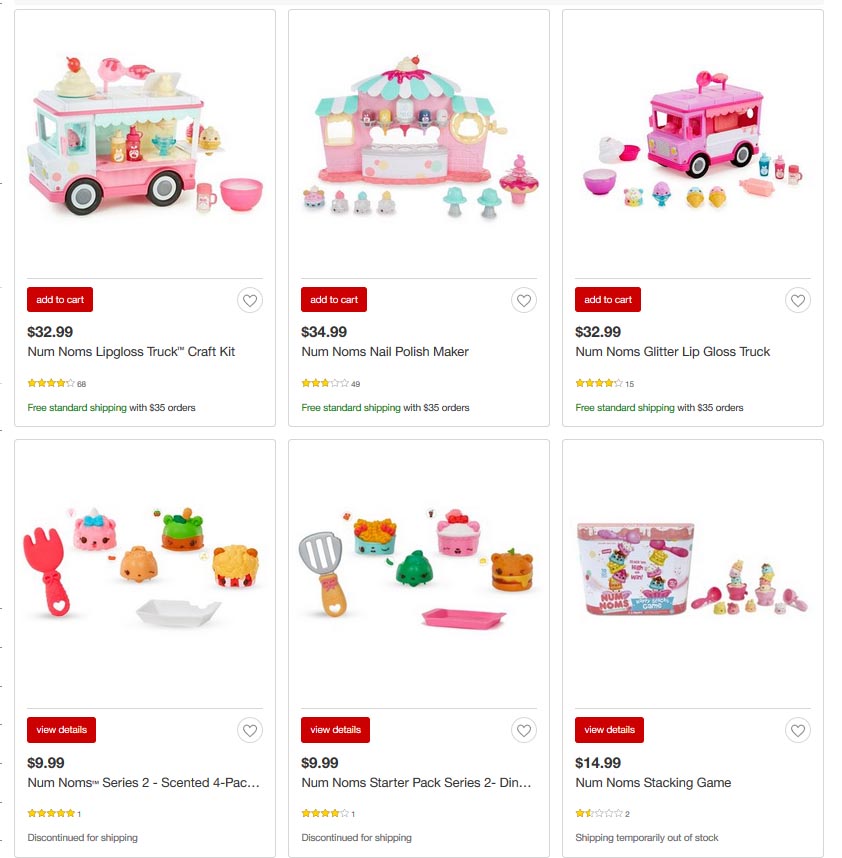